Specializing in capturing the heart of your vision.

Meet The Owner And Producer

Nick Coetzee, owner and producer at the Rain Music Studio has been producing outstanding music and video for many years. Originally from South Africa, Nick has been based in Florida since 1995.

His focus is drawing out and capturing the unique sound of each artist as well as effectively telling their story.

Nick is familiar with many genres of music, including pop, country, gospel, rock, R & B, worship, and jazz. Nick has worked with and produced for some of the biggest names in the industry, including Abraham Laboriel, Chester Thompson (Genesis, Phil Collins), Alex Acuna, Pedro Eustache (Yanni), Israel, Ron Kenoly, and Darlene Zschech.

Some of Nick’s credits include the first production of “Shout to the Lord” with Darlene Zschech, the composition, and production of the music score for 250 episodes of an Australian TV drama series. He also arranged and produced the top-selling instrumental jazz album, Reflections.

While living in Australia, he composed, produced, and performed the halftime music for an international rugby match against South Africa.

For many years Nick composed, produced, and performed the theme song for the prestigious Vision Awards in Los Angeles. He performed this song with an international children’s choir for some of the most prolific artists, producers, and directors in the world, including Robert Zemeckis, Tom Hanks, Oliver Stone, Josh Groban, Phil Collins, Stevie Wonder, and Hans Zimmer.

Rain Music Studio is located in a quiet neighborhood near Tampa, Florida. It serves as a full-service production suite, specializing in music and video production and original composition for film and television. (More samples at www.nickcoetzee.com)

Something still wasn’t sitting just right with Brad Castillo, Writer/Director of the film, The Legend Of Kate Kensington.

With the approval of Dove.org (a Christian based film review  that is considered suitable for family audiences.) and the acceptance of three film festivals, International Christian Film Festival, Miami Film Festival and the Anaheim Film Festival, Mr. Castillo still couldn’t let it go.

“It was the overall music score of the film, It just wasn’t sitting right. We have come so far and sacrificed so much to just let it go… I want to be able to look back with no regrets!” says, Mr. Castillo.

After meeting with several music composers and going over Mr. Castillo’s thoughts, notes and ideas, he finally met someone who really understood the direction of the score he was looking for.

“Within the first few hours the score was being written for the film.” Mrs. Castillo goes on to say.

We are extremely happy to announce that CVI Productions is putting the final touches on the film and it will be available for screening soon.

CVI Productions is also in talks with several screening vendors, including the Valerie Theatre in downtown Inverness where some of the scenes of the film were shot.

An announcement will be made soon!

"CVI Productions is honored to have Nick Coetzee on board with our production of The Legend Of Kate Kensington.

Mr. Coetzee has taken the score of the film to a whole new level of expertise!"

For more information about Nick Coetzee and his company, Rain Music Studio, please visit his website below. 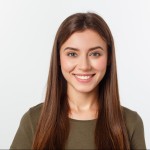